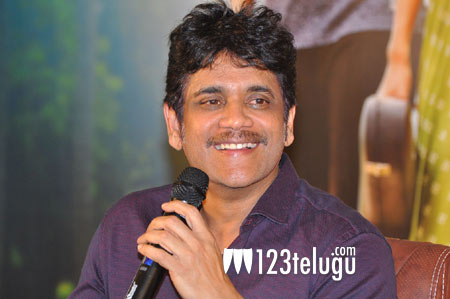 Hero Nagarjuna interacted with the media this evening as part of Hello’s promotions and revealed several interesting details about the film. In a major surprise, Nag revealed Hello’s basic premise.

“Hello’s story is all about a young boy and girl getting separated in their childhood and reuniting after 15 years. The girl gives her phone number to the boy and he keeps on calling her for 15 years, but she doesn’t answer the call. That’s how we chose the film’s title – Hello. The entire film takes place in a single day,” Nag said.

Needless to say that Nag’s revelations will keep audiences’ expectations in check, and they now know what to expect from the film. Directed by Vikram Kumar, Hello stars Akhil and Kalyani Priyadarshan as the main leads. The film is releasing on December 22.