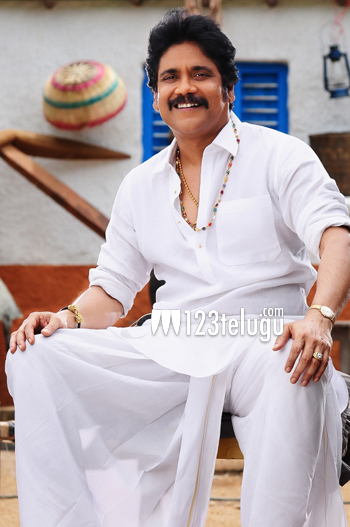 Akkineni Nagarjuna, who took some time off from shooting to attend ‘Akhil’ audio launch, is back to the sets of his upcoming socio-fantasy thriller ‘Soggade Chinni Nayana’. The currently schedule is going on in Mysore and the entire shooting part will be wrapped up with in 10 days.

Debutante Kalyan Krishna is directing the film and Nag’s home production Annapurna Studios is producing it. Ramya Krishna and Lavanya Tripathi are playing the female leads in the film. Nagarjuna will be seen in dual roles and the first look teaser has impressed the audience big time. Anup Rubens is scoring the sound track for the film.

On the other hand, Nagarjuna’s bilingual film, Oopiri, is also nearing completion and will hit the screens very soon.