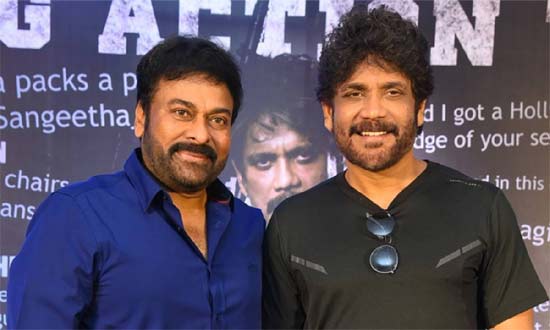 King Nagarjuna stunned the audience with his brief yet impactful screen presence in the latest Brahmastra film. He will be next seen in the action thriller The Ghost which releases on October 5th. On the same day, Megastar Chiranjeevi is coming up with his Godfather.

It is known to all that Nagarjuna and Chiranjeevi have been good buddies for a long time and this clash has indeed surprised many. Nagarjuna himself has responded to this box office clash now. Nag mentioned that he has always looked up to Chiru and said that the latter has achieved a lot.

Nagarjuna further said that people love Chiranjeevi more and termed him a mighty opponent. I am hence anxious and nervous, said the Annamayya actor. Nagarjuna said that the Dussehra season always saw two to three releases over the years and added that if the film isn’t good it won’t perform well even if there isn’t any competition.