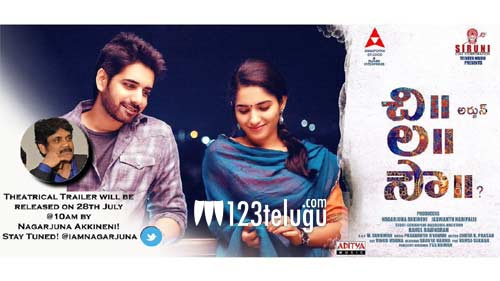 After Naga Chaitanya and Samantha for the teaser launch and Nani for the songs jukebox release today, the makers of Chi La Sow, have now roped in Nagarjuna to unveil the film’s trailer. Nag will be releasing Chi La Sow’s trailer tomorrow at 10 am via his Twitter account.