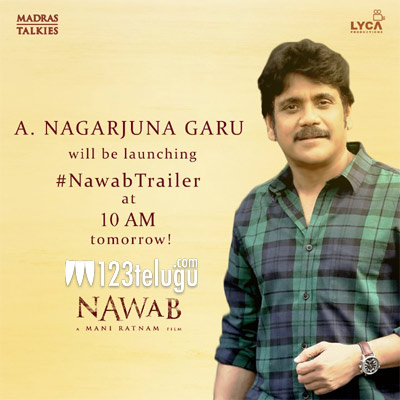 It’s been reported earlier today that the theatrical trailer for Mani Ratnam’s much-awaited film, Nawab, will be out tomorrow (August 25) at 10 am. And here’s the exciting development regarding the trailer’s release.

Star hero Nagarjuna will be releasing Nawab’s trailer tomorrow on his Twitter handle. Both Nag and Mani had collaborated on the classic romantic drama, Geethanjali, nearly 3 decades ago.