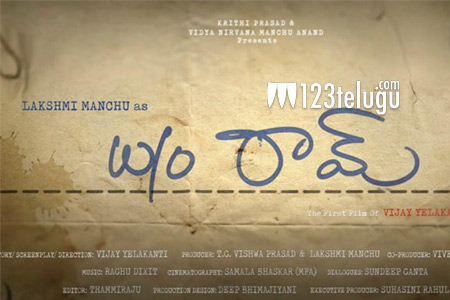 It’s well-known that actress-filmmaker Lakshmi Manchu it returning to acting with a film titled ‘Wife of Ram’. Lakshmi Manchu is also co-producing the movie in association with Vishwa Prasad of People Media Factory.

As per the latest updates, Wife of Ram’s theatrical trailer will be unveiled by star hero Nagarjuna on April 27 at 5 pm. Wife of Ram is a thriller and Lakshmi Manchu plays a unique character in it. The film is being directed by a debutant named Vijay Yelakanti. Popular folk fusion artist Raghu Dixit composed the music for the movie.