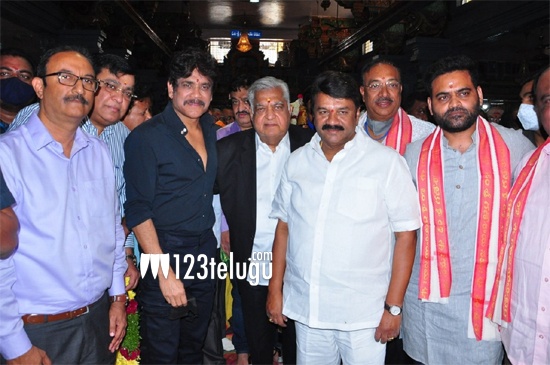 It is a known fact that Nagarjuna is doing a film in the direction of Praveen Sattaru. There was not much news about the film but today, things were cleared as the movie was launched formally.

The launch happened on a small note at a temple in Secunderabad. The shooting of the film will start soon and the update is that Nagarjuna will be seen as a chief security officer.

Sharath Marar and Narangs are bankrolling the action thriller. Gul Panag is playing a key role and the news is that most of the shoot will be held in Goa.