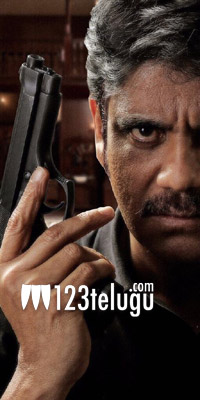 The much-awaited day has arrived. The duo that gave the path-breaking hit, Siva, is all set to team up once again after nearly 25 years. The much-talked-about movie in Nagarjuna-Ram Gopal Varma combo will be launched at Annapurna Studios in a while.

On this special day, Nag took to Twitter and released a few photoshoot stills this morning. The photographs showcased an intense Nag with a new makeover for RGV’s film. Fans are thrilled with the actor’s new look and this has set a positive start for the movie.

Nag will be essaying the role of a cop in this as-yet-untitled movie. Company banner is bankrolling this crazy project.