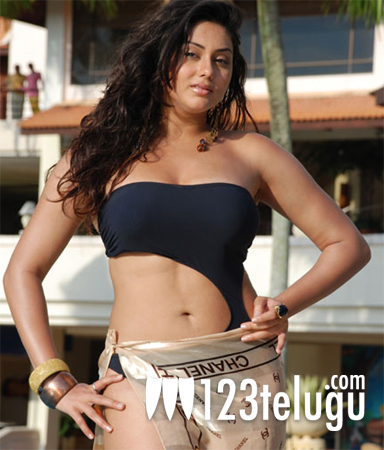 Voluptuous bombshell Namitha will soon be seen in a dubbed film which has been titled ‘Midatha’. The movie has been directed by K.Rajeshwar and Nainala Sairam is the producer of the Telugu version. Sriram is the hero in this film and Ragasya is the second heroine. The movie is currently in post production mode and it will hit the screens in April. The audio album will be launched towards the end of this month.

Namitha will be seen in an ultra glamorous look in this movie, says the producer. Music has been scored by Yathish.