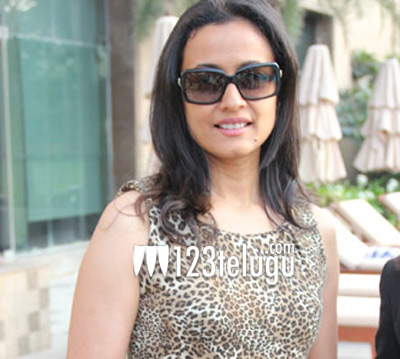 Over the past few years, there has been a strong belief among Telugu film audience, especially among Superstar Mahesh Babu’s fans, that Namrata has had a huge influence on Mahesh Babu’s career. Whether it is his brand endorsements or PR campaign, Namrata is believed to be a driving force in his life.

However, the former actress, who has been married to Mahesh Babu for nearly 14 years, has clarified that she doesn’t intrude in the Superstar’s choices. In a recent interview, she said, “People believe Mahesh does what I ask him to. That’s not true. He may look shy and gentle. But he knows his mind. All his career decisions are taken by him. He decides which film to do. But he does share the plot and script idea with me, though in a casual way. As for the way he dresses up, well I do advise him on the clothes to wear. But again, the final decision is his.”

She also revealed that Mahesh and the entire family are thrilled with the success of Bharat Ane Nenu. “He hates letting down his fans. So, yes, the success of the film is really important for us,” she said.