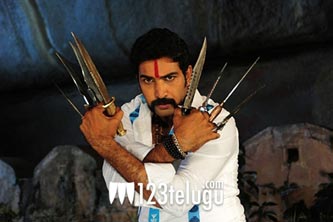 Tarakarathna will soon be seen in a commercial film which has been titled ‘Nandeeswarudu’. The shooting of the movie’s talkie part has been completed and only a few songs remain now. The movie unit will shift to Kurnool, where a song will be filmed on the lead pair of Tarakaratna and Sheena.

Nandeeswarudu is a very crucial film for Tarakaratna as he is trying to get his career on track.