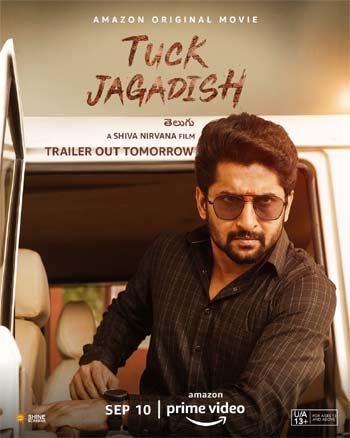 Tuck Jagadish is a film that many are waiting for eagerly. The film has Nani in a lead role and the trailer will be out tomorrow in a big way.

Nani had big plans to release the trailer as the film was up for a big-screen release. But as the film is coming on OTT now, Nani has changed things at the last minute.

The word is that Nani has edited the readied trailer and made it in a way that will suit the OTT audience in a perfect manner. More than the mass elements, the trailer will have family emotions as per the news.

Shiva Nirvana has directed this film which has Ritu Varma as the heroine. Thaman has scored the music and Gopi Sundar has done the BGM.