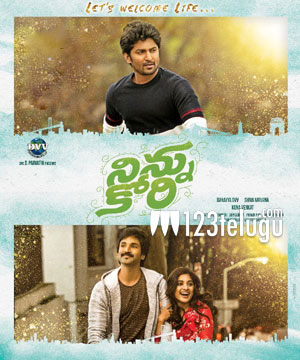 Star hero, Nani is having the time of his life in his career with back to back hits. The latest update is that the trailer of the film will be out on the 17th of this month all over.

Touted to be an intense love story, the talk from film’s unit is that the romantic thread between Nivetha Thomas and Nani will be the highlight of the film. Ninnu Kori is Nani’s first film which will have a US backdrop.

The film is up for a release on the 7th of July and will be Nani’s biggest release to date.