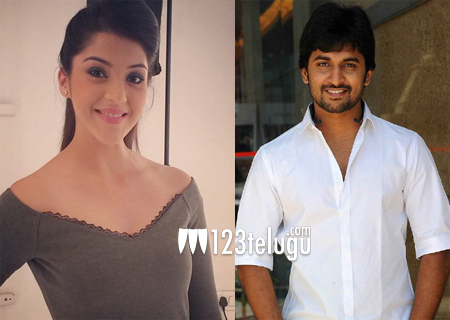 Actor Nani has been quite busy shooting nonstop for Maruthi’s ‘Bhale Bhale Mogadivoy’ along with Lavanya Tripathi. The film is being produced by leading productions houses in Telugu, Geetha Arts and UV Creations. Apart from this film, Nani also signed a film in 14 Reels production in Hanu Raghavapudi’s direction.

As per the reports, Mehr Pirzada, a Mumbai based model, will be romancing Nani in this yet to be titled film. Mehr has been selected after the makers auditioned several girls for the role. Even though this will be her silver screen debut, Mehr is a known face in the ad film circuit.

Mehr will be seen in Vishal’s latest Thums Up ad which will go on air very soon.