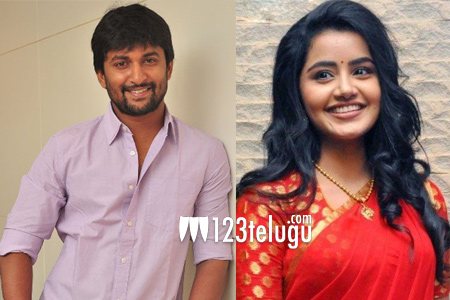 Now, if the ongoing buzz is anything to go by, Nani is all set to romance yet another Premam girl, Anupama Parameswaran. Apparently, Anupama has been roped in as the female lead in Nani’s soon to be commenced film in Merlapaka Gandhi’s direction.

Anupama’s character reportedly has a great scope for performance​, and the actress was a natural choice for Nani and Gandhi. The film will kick off in a month. More details are awaited.