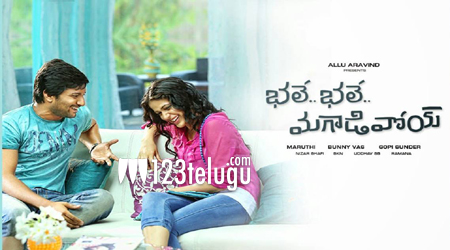 As per the latest trade reports, the film has notched up 1.4 Million dollars in overseas markets at the end of 25 days. Marking the phenomenal success of the film, the team is currently enjoying with a success bash in the US. Young filmmaker Maruthi is the director for the film which was jointly produced by Geetha Arts 2 and UV Creations. Gopi Sundar is the music director for the film.