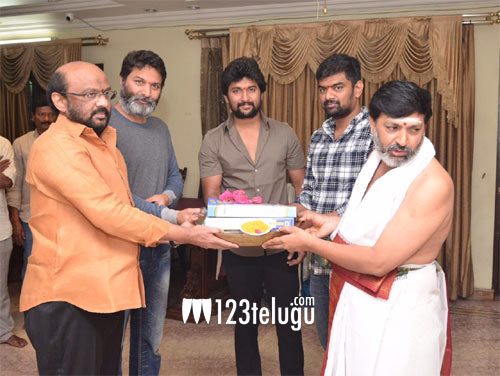 We all know that Nani is working in the direction of Gautam Tinnanuri who recently made the hit film Malli Raava. Titled Arjun, the film was launched today with a formal pooja.

Star director, Trivikram gave the first clap on Nani. Shraddha Srinath is playing the female lead in this film which is a gritty sports drama. Suryadevara Naga Vamsi produces this film which will showcase Nani as a cricketer.

The regular shooting of this film will kick in Hyderabad tomorrow. Watch out this space for more updates on this project.