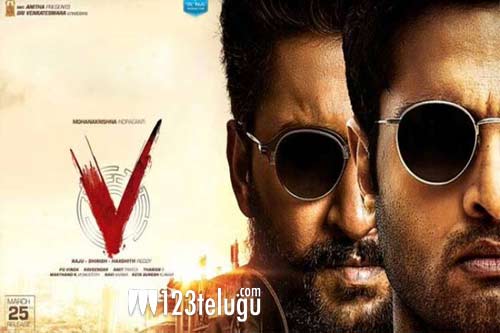 Now, the latest reports reveal that V is gearing up for its release across North India. The film has been dubbed in Hindi and it will have its theatrical release in a select few cities. It will be interesting to see how the North Indian audiences will receive the movie. The film was bankrolled by star producer Dil Raju and it had music composed by Bollywood composer Amit Trivedi.