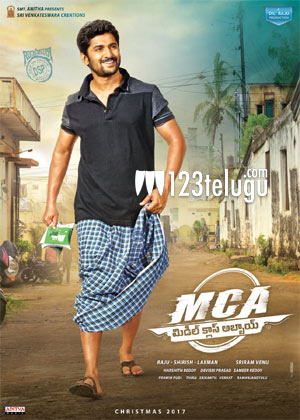 Nani, Sai Pallavi’s MCA is in the last stage of its production. Currently, some scenes are being filmed on the lead cast, and the latest news in Filmnagar is that except for three songs, rest of the film has been wrapped up. Apparently, the entire shoot is going to be completed by the first week of December.

In the meantime, the post-production of the film is going on in full-swing, and the film’s audio is expected to be released soon. The film’s teaser, which was unveiled recently, got a terrific response and it looks like Nani and Dil Raju are going to deliver yet another entertainer.

Venu Sriram has directed the film, and DSP is scoring the music. The film is expected to release in mid-December.