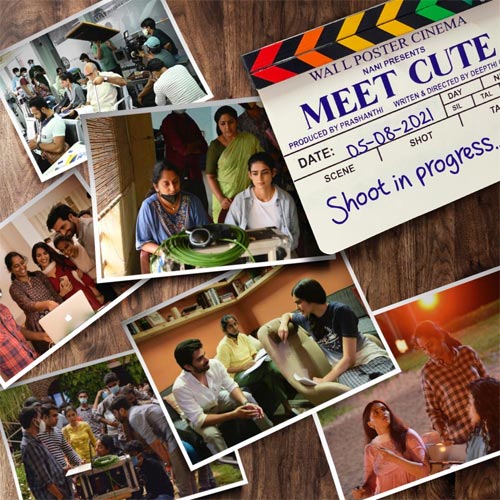 It is a known fact that Nani has turned producer for sister Deepthi who is directing a film called Meet Cute. The film was announced a few months back.

Now, the latest update is that half of the film has been wrapped up and the rest of the film is going on in full swing. Not many know that this film is an anthology film with five stories in it

Satyaraj will be seen in a key role in this film which also has five other heroines doing key roles. We need to see how much this attempt from Nani’s sister impresses the audience.