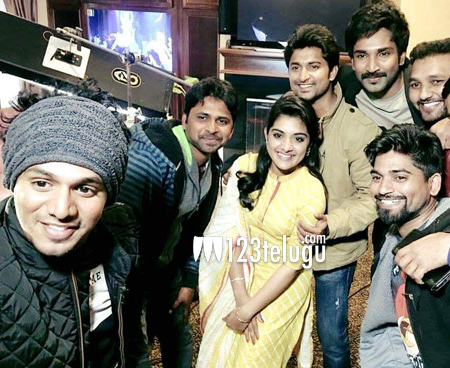 After more than a month long sojourn, Nani’s ongoing romantic entertainer, Ninnu Kori, has wrapped up its US schedule. The movie’s unit is returning to India with more than half of the film’s talkie completed.

Ninnu Kori is being directed by debutant Shiva Nirvana. The film has Gentleman’s heroine Nivetha Thomas playing the female lead, while Aadhi Pinisetty will be seen in a pivotal role. The Hyderabad schedule will kick-start from mid March.

Malayali music composer Gopi Sunder is scoring the film’s soundtrack. DVV Danayya is producing this movie, which is slated to hit the screens on July 7th.