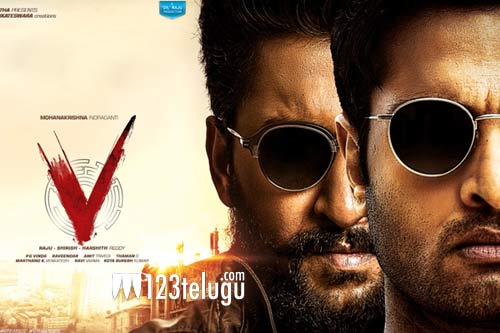 Nani pinned a lot of hopes on his new action entertainer V, The Movie but it got postponed at the last minute due to the deadly Coronavirus.

The talks now are that the film’s ending has been kept open and there is a good chance for the film to have a sequel as the story can be continued from where it is ended.

Though there is no confirmation, this news has become a hot topic all over. Indraganti Mohana Krishna directs this film which has Sudheer Babu, Aditi Rao, and Nivetha Thomas in key roles.