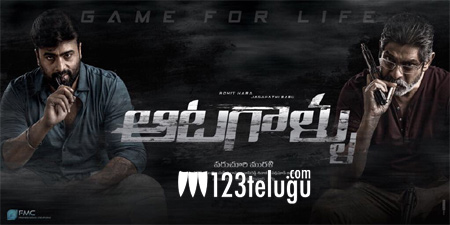 It is a known fact that Nara Rohit is doing a film called Aatagallu which also has Jagapathi Babu as the other lead. The latest we hear is that the makers have decided to release the film on the 24th of August.

Rohit will be seen in the role of a film director in this film which will have some high octane action sequences. Paruchuri Murali is directing this film which is being produced by Ravindra, Vaasireddy Sivaji, Makkina Ramu and Vaddapudi Jitendra.

This film needs to click at any cost for Nara Rohit as he is going through a series of flops. Watch out this space for more updates on this project.