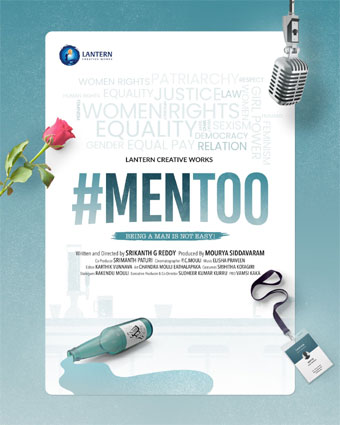 Young and talented Naresh Agastya, well known for Mathu Vadalara and Senapathi, is coming up with another interesting film. Written and directed by Srikanth G Reddy, the movie gets a crazy title.

The new film has been titled Men Too. Actresses Samyuktha Hegde, Mega Akash and director Sudheer Varma have released the title look on social media. The movie is going to showcase the problems of men in this society in an entertaining manner.

Riya Suman and Priyanka Sharma are the lead actresses in the movie, which also has Harsha Chemudu, Brahmaji and others in key roles. Produced by Mourya Siddavaram under Lantern Creative Works, the movie has Elisha Praveen’ music.