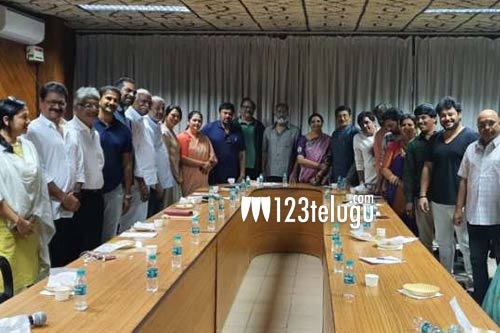 The unending drama in the Movie Artiste’s Association (MAA) has taken a new twist today. In an unexpected development, senior character artiste and MAA President Naresh has gone on leave for 41 days. This prompted the MAA Disciplinary Committee and the Executive Committee to select a new President to substitute Naresh.

After a formal meeting, both the committees chose senior character artiste and MAA’s Vice President Banerjee as the Active President in place of Naresh. The selection was done as per the by-laws of the association. MAA’s founder members Krishnam Raju, Chiranjeevi and several actors took part in the meeting.