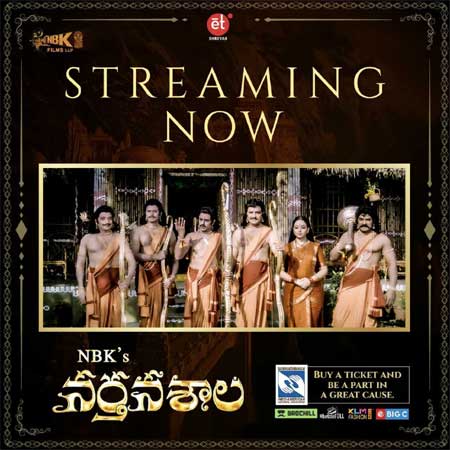 Narthanasala, hero Balakrishna’s directorial debut film, finally had its digital premiere on ShreyasET app earlier today. The initial response for the movie ih been quite good.

Meanwhile, ahead of the film’s release, Balayya released a special video message. He requested all the fans and movie lovers to be alert and report any piracy links. Balayya urged all the fans to become ‘soldiers’ in eliminating piracy and saving cinema.

Narthanasala is based on the epic Mahabharata. The film also features legendary diva Soundarya and yesteryear star character artiste Srihari in crucial roles.