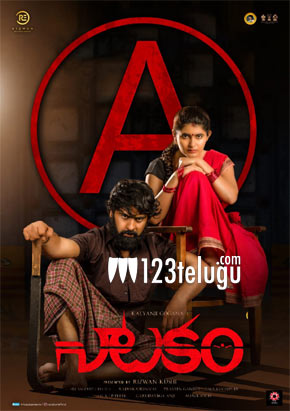 In this season of intense romantic dramas, yet another action-packed love story, Natakam, is gearing up to hit theaters. Natakam’s censor scrutiny was done today evening and the CBFC has cleared the film with an ‘A’ certificate. The film is gearing up for release on September 28.

Natakam is a rural love story featuring newcomers Ashish Gandhi and Ashima Nerwal as the main leads. The film’s striking teaser was unveiled a couple of weeks ago and it created quite a buzz. Debutant Kalyanji Gogana has directed the movie, which has been produced under Rizwan Entertainment banner. A pre-release event will be held on September 26.