National award winning producer’s next with Vijay Deverakonda
Published on May 9, 2017 11:12 am IST 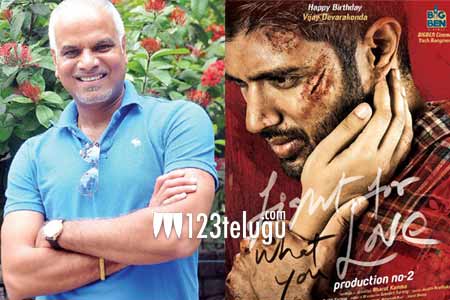 Young hero Vijay Deverakonda has his hands full with several projects. While his upcoming romantic drama, Arjun Reddy, is slated for its release soon, Vijay has already begun shooting for a couple of films being produced by top banners.

Today, Vijay celebrates his 28th birthday and on this occasion, Yash Rangineni, the co-producer of the national award winning Pelli Choopulu, has announced his second project with Vijay. This as-yet-untitled movie will be directed by debutant Bharat Kamma.

The film’s first look poster and the tagline reveal that the film is going to be an intense romantic action drama for Vijay. More details about the film’s cast will be revealed soon. BigBen Cinemas is the production house that’s bankrolling this movie.