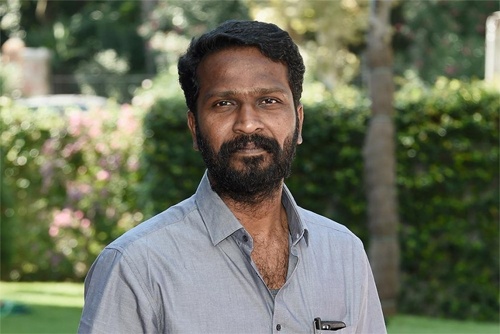 If the ongoing buzz is anything to go by, National award-winning Kollywood director Vetrimaaran is planning to make his Tollywood debut next year. The buzz further has it that Vetrimaaran has penned a couple of scripts and he will be pitching them to top Tollywood stars – Venkatesh, NTR and Ram Charan.

Apparently, Vetrimaaran has penned a multi-starrer and he’s planning to approach Venkatesh and Ram Charan for the project. The acclaimed director also has an action entertainer script for NTR. If things go as expected, one of these two crazy projects could go on the floors sometime later next year.

Vetrimaaran is popular for his movies such as Aadukalam, Visaaranai, Vada Chennai and Asuran. Stay tuned for further updates on his big Tollywood debut.