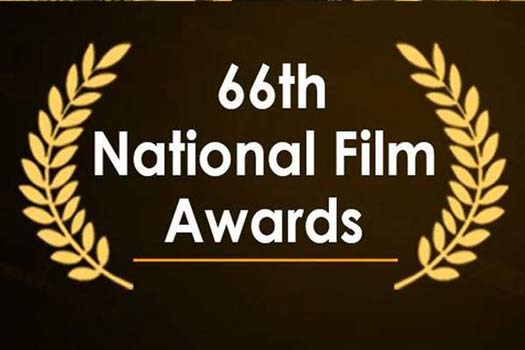 The 66th National Film Awards for the year 2018 have been announced and Telugu Cinema lovers have a lot to feel proud of. In a rare feat, Telugu Cinema has won as many as 6 mainstream awards, including the Best Regional Film (Telugu) for Mahanati.

Young actress Keerthy Suresh has won the Best Actress for her impressive performance as the legendary Savithri in Mahanati. The film also won the award for Best Costume Design. Rajshree Patnaik, Varun Shah and Archana Rao walked away with the honors.

Awe, the small experimental film produced by hero Nani and Prashanthi and directed by debutant Prashanth Varma, has surprised everyone by bagging the national award for Best Make-up and Best Visual Effects.

Actor turned director Rahul Ravindran’s debut film, Chi La Sow, has been given the Best Original Screenplay award. Needless to say, this is a huge win for Rahul, considering that he was in race for the award along with some of the biggest names in Indian Cinema.

In 2016, Baahubali stunned the movie lovers across the country by bagging the coveted Best Film Award. It was later followed by Pellichoopulu’s Best Original Screenplay and Best Dialogues awards in 2017. With all eyes on us, Telugu Cinema is truly shining and it’s just the beginning of a glorious era.