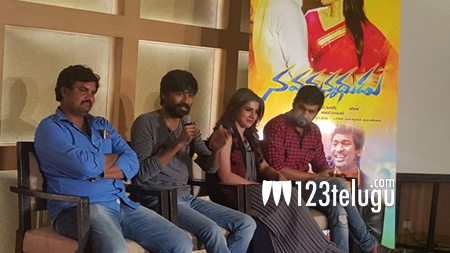 Ever since the trailers of Dhanush’s Nava Manmadhudu have gone live, there has been huge curiosity among the audience. Tamil hero Dhanush is high on the success of Raghuvaran Btech and is expecting some huge openings for his film.

Speaking to the press a short while ago, the talented actor revealed that he plays a very intense character with different shades. He also cleared the fact that Nava Manmadhudu is not a sequel to VIP as it being rumoured and has a complete different story.

Dhanush also shed light on the female lead Amy Jackson and said that not only with her looks but Amy has also surprised everyone with her performance in the film.

Directed by VIP fame Velraj, this film also has star actress Samantha in a very crucial role. Nava Manmadhudu is set for a release on this 18th December.