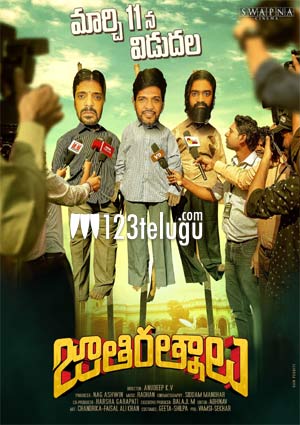 Jathi Ratnalu’s team today announced that the film will be hitting screens on March 11 on the eve of the auspicious Maha Shivaratri. Mahanati director Nag Ashwin is producing the film, which has been directed by KV Anudeep. Debutant Faria Abdullah is the leading lady in the movie. Radhan has composed the music.