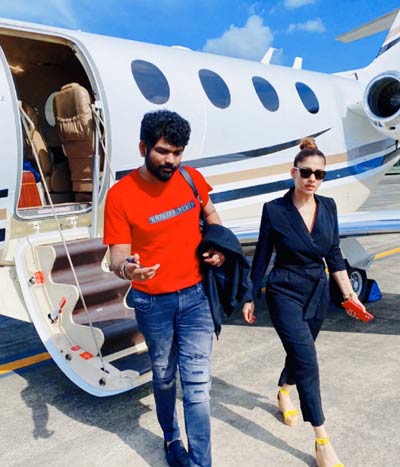 Star heroine Nayanthara and her beau Vignesh Shivan have landed in Kochi earlier today. They booked a chartered flight from Chennai to celebrate Onam along with Nayan’s friends and family members. The star couple was spotted by shutterbugs and pictures of their stylish look are going viral on social media.

Nayan and Vignesh have been seeing each other ever since they both worked with each other on Naanum Rowdy Dhaan a few years ago. Since then, rumors of their wedding have made headlines on several occasions, but the couple has not come up with an official announcement. Recently, Vignesh joked that they will get married after they both get bored with their dating life.