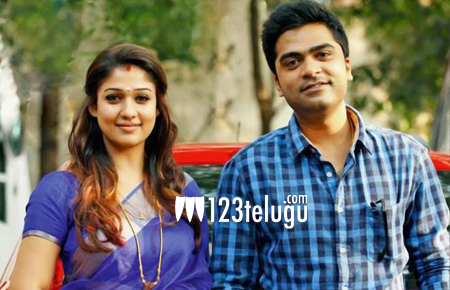 Are Nayanthara and Simbu in love again? That’s the latest topic which has become the talk of the town in Tamil film industry. The duo was once deeply in love; however, they broke up back in 2006 itself. After that, Nayanthara fell in love with Prabhu Deva and Simbu was in a relationship with Hansika.

Recently, both of them met at Trisha’s birthday party and everyone at the party reportedly observed how close the Simbu and Nayanthara were. Although there were rumours since last November that they have put their differences aside and patched up, it’s only now that the buzz about their relationship has become even stronger.

Nayanthara and Simbu are currently acting in Pandiraj’s upcoming romantic film and going by the latest developments, it looks like their onscreen chemistry will become a major highlight in the film. Let’s wait and see how their relationship unfolds in near future.