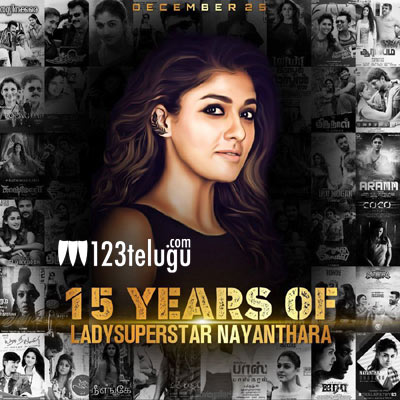 Fondly called by her fans as Lady Superstar, actress Nayanthara has completed 15 years in movies. On this day, in 2003, Nayan’s debut film, Manassinakkare, hit screens. Since then, there has been no looking back for the star heroine.

After acting in a couple of more films in Bollywood after Manassinakkare, Nayan stepped into Tamil films with the 2005 film, Ayya. She went on to sign Rajinikanth’s iconic blockbuster, Chandramukhi, in the same year. And in 2006, Nayan entered Tollywood with Venkatesh’s Lakshmi in 2006. The actress will next be seen in Ajith’s Viswasam.