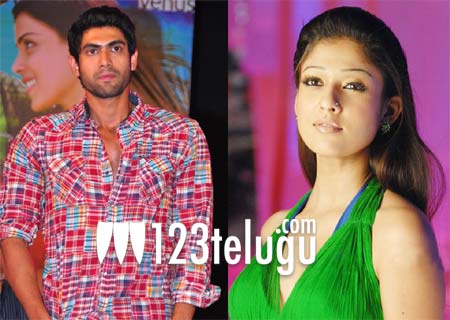 The long search to find a heroine for Rana in his upcoming film Krishnam Vande Jagadgurum has come to an end. Krish has roped in Nayanthara to play Rana’s love interest. The film was launched quite a while ago and few scenes were shot in Hyderabad. In the meantime Krish had auditioned several new actresses and models for the lead role; however, he wasn’t impressed by anyone. So, when he approached Nayanthara and explained her the character, she immediately agreed to do the film. She’ll join the film’s shooting in Ramoji Film City sometime soon. Rana’s character in the film is named Btech Babu and the film is touted to be an action adventure. M M Keeravani is composing the music and Jagarlamudi Sai Babu is the producer.