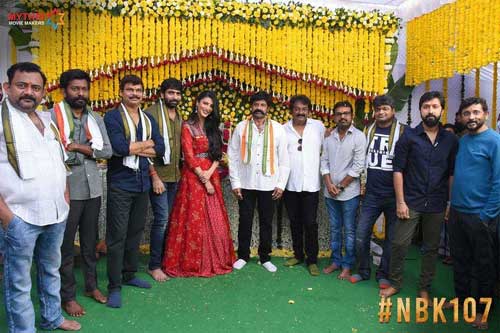 Nandamuri Balakrishna will be joining forces with successful director Gopichand Malineni who is an expert in dealing with pucca mass and commercial entertainers.

Tentatively titled #NBK107, the film has been launched in a grand manner with a pooja ceremony today in Hyderabad.

Billed to be a pucca mass and commercial film, Tollywood’s leading production house Mythri Movie Makers will be bankrolling the project prestigiously. Shruti Haasan plays the heroine opposite Balakrishna in the movie.