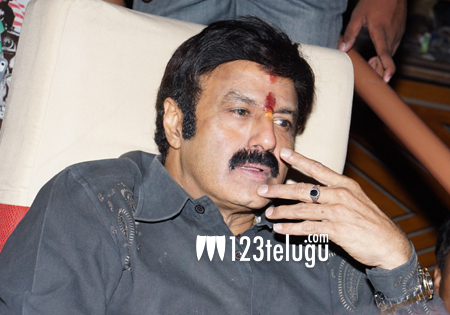 Nandamuri Balakrishna’s 98th flick ‘Lion’ released yesterday with massive openings and it is faring well at the box office with a decent talk from the movie lovers and Nandamuri fans. After a brief gap, Balakrishna will begin shooting for his next flick under the direction of Sriwaas. ‘Dictator’ is confirmed as the title for this flick.

As per the official announcement, this project will be launched formally on the 29th of this month. The regular shooting will commence from June 12th. Writers Kona Venkat and Gopi Mohan have provided script and will also handle the screen play for this flick. S.S Thaman is the music composer and Eros Now banner is producing this flick.