Negative shades in the character attracted me- Trisha
Published on Jan 21, 2013 3:41 am IST 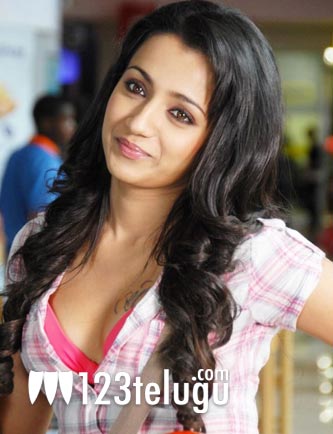 Trisha Krishnan, is one actress who is going very strong from the past ten years. Time and again, she has done different roles and proved her worth. This lovely actress will next be seen in an important role in Vishal’s upcoming film ‘Vetadu Ventadu’.

Speaking about her role, Trisha said “My role in this film is really interesting. The main reason for accepting the offer was because of the negative shades I had to portray. From now onwards, you will get to see me in much challenging roles to that I have done earlier”

Trisha is also set to play yet another challenging role in MS Raju’s latest production RUM, where  she will be seen in an total action avatar.