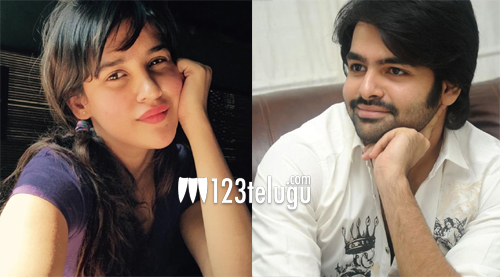 Neha Sharma, the bubbly actress who paired up with Ram Charan in ‘Chiruta’ and Varun Sandesh in ‘Kurradu’, is launching her sister Aisha in Telugu films. As per the sources, Aisha will soon be seen opposite Ram in his upcoming film ‘Shivam’. Apparently, Aisha always wanted to be an actress and has been undergoing acting, Kathak and voice modulation classes for a long time.

Expressing her happiness over her Telugu debut, Aisha said that she is very happy that her dream of becoming an actress is coming true finally. Aisha also said that even though she was offered few roles in Hindi, she decided to sign a project only when she finishes her acting training. The actress also credited Ram as a wonderful actor and was glad about her debut opposite the energetic star. Directed by debutant Srinavas Reddy, ‘Shivam’ is having a brisk shoot in Hyderabad. The film is being produced by ‘Sravanthi’ Ravi Kishore.