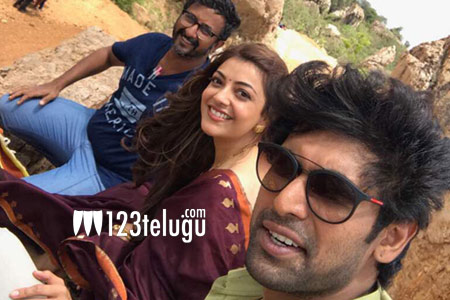 The teaser of Nene Raju nene Mantri created a lot of buzz all over and the latest news is that the shooting of this film has been wrapped up completely now. Kajal Aggarwal plays the female lead in this film which has Rana playing the lead role.

Teja is directing this political drama which will showcase Rana as a politician. Catherine Tresa plays the female lead in this film which is produced by Suresh Productions who have spent some good money on this project.

The release date and other details about the audio launch will be revealed soon.