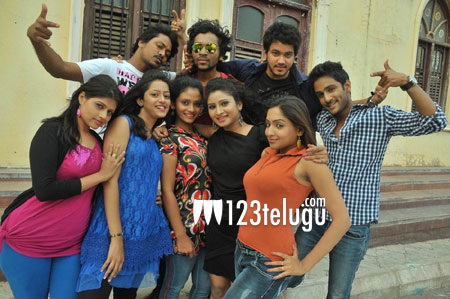 The latest youthful entertainer, Nenu Naa Friends has finished its shoot and post production formalities. Starring new comers like Sandeep, Siddhath Varma, Ravi, Harish, Anjana, Vishnu Priya, Praveena, Surya and Madhavi, this film is based on the lives of these youngsters.

Latest update on this project is that the makers have planned to release this film on the 20th of this month. Nenu Naa Friends is directed by G S Rao and Sai Medha and Madhusudan are the producers.

Dialogues of the film are written by the legendary Paruchuri Brothers, and Bunny Charan is the music director.