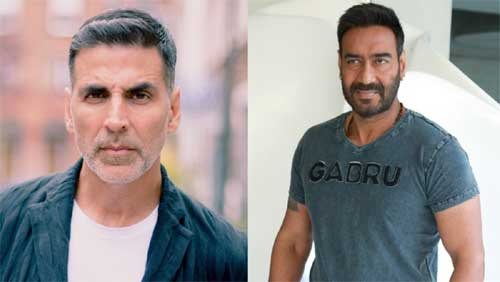 Akshay Kumar is the biggest star in the country as of now. He has pushed behind even the Khans in the background and is the highest-paid actor as of now.

Akshay Kumar has done over 150 films and not many know that he went through a lot of struggle to get where he is now. A very old interview given to a tabloid is making the rounds where Akshay has revealed how he personally faced nepotism issues and was replaced in a film.

Akshay Kumar reveals that he was the first choice to do Phool Aur Kaante, which was Ajay Devgan’s debut film, and went on to become a solid hit.

Akshay says that he was part of the process of Phool Aur Kante right from song composition, photoshoot and finally, a day before the shoot commenced, he got a call and was shockingly asked not to come to the shoot.

Akshay also says that only after two days he found out that Ajay Devgan had replaced him. For those who do not know, Ajay was the son of legendary action director Veru Devgan.