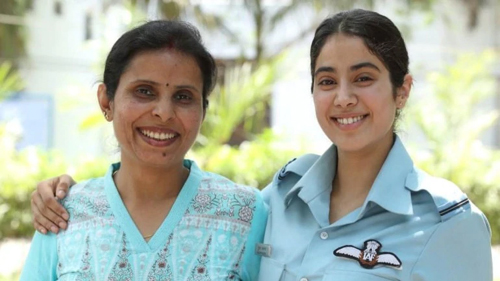 Directed by Sharan Sharma, the film is based on the life story of Indian Air Force pilot Gunjan Saxena, the first Indian female airforce pilot.

Meanwhile, the latest news is that the film will be premiered on Netflix on August 12th, 2020. Co-starring Pankaj Tripathi and Angad Bedi in the prominent roles, the film is bankrolled by Karan Johar under his Dharma Productions banner.

Nikhil Mehrotra along with director Sharan Sharma provided story, screenplay, and dialogues for the film.