Netflix first Telugu original gets an interesting title
Published on Jan 20, 2021 11:30 am IST 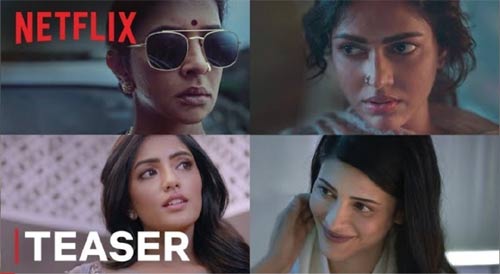 Netflix original, Lust Stories was a runaway hit in Hindi. So, with the same inspiration, Netflix has decided to make an original in Telugu. The news was widespread and the shoot also happened long back.

But for some reason, the show was delayed and now, after a long gap, its announcement is out finally. Titled Pitta Kathalu, the anthology series has been helmed by Nag Ashwin, Tharun Bhaskar, Nandini Reddy, and Sankalp Reddy.

Each of the stories will be showcased from a women’s perspective and has some noted faces doing key roles. The release date of this Netflix original will be out soon.