Shyam Singha Roy, featuring actor Nani in a dual role, has been gaining rave reviews from several celebrities and audiences since its theatrical release. Recently, the romantic period drama has made its way to Netflix.

Since then the movie has been watched by many viewers across the world. The viewers have spent more than 35.9 lakhs on the movie and made it trending at the 3rd position on the global charts of Netflix. 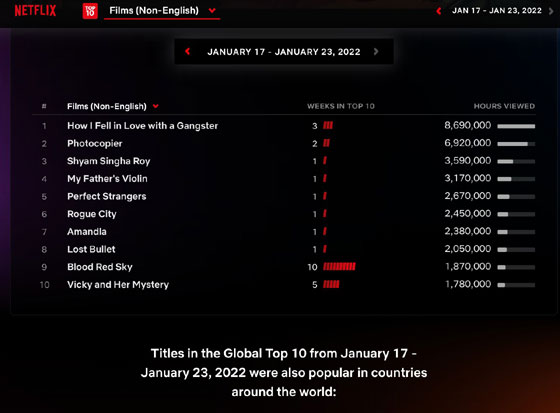 Sai Pallavi’s stellar screen presence and her amazing dancing skills played a major role in the success of Shyam Singha Roy. Madonna Sebastian and Krithi Shetty are the other female leads in this Rahul Sankrityan directorial bankrolled by Niharika Entertainment.