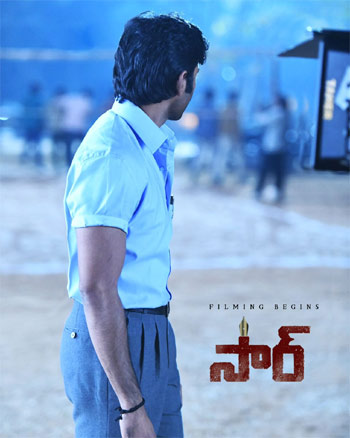 It is a known fact that Dhanush is doing a straight Telugu film called Sir. The film is being directed by Venky Atluri and has Samyukhta Menon in a lead role.

Now, the latest news from the unit is that the cameraman of the film, Dinesh Krishnan has walked out of the film citing creative differences.

The makers are on the lookout for a new cameraman. Bankrolled by S Naga Vamsi and Sai Soujanya, the film is being made as ‘Sir’ and ‘Vaathi’ in Telugu and Tamil languages.