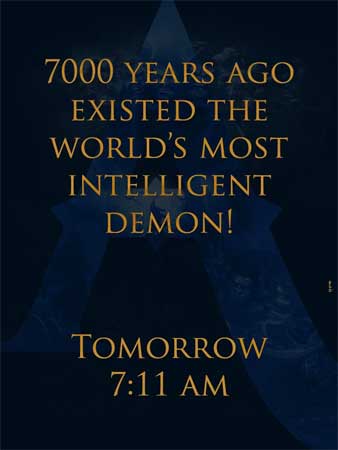 Even as Prabhas fans are elated with the announcement of his first direct l Bollywood film, Adipurush, they are in store for yet another surprise announcement. Adipurush director Om Raut took to Twitter and revealed that a new update regarding the film will be out at 7:11 am tomorrow.

“7,000 years ago existed the world’s most intelligent demon,” the poster shared by Om Raut status read. Needless to say, fans have already begun speculating that the makers will be announcing the name of the actor who will be playing the film’s antagonist, Ravan, tomorrow.

Until recently, there has been a strong speculation that Bollywood stars Saif Ali Khan will be playing Ravan in Adipurush. It’s just a matter of a few more hours for the suspense to end. Stay tuned for the exciting update.