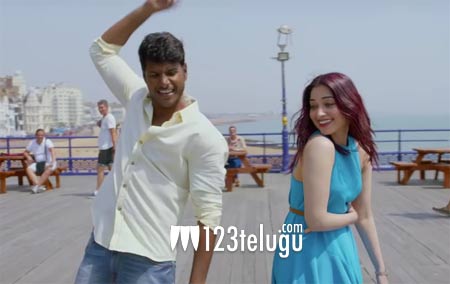 The songs of Sundeep Kishan’s Next Yenti have caught on quite well all over and this has automatically created a good buzz for the film.

The latest we hear is that the pre-release event of the film will be held tomorrow evening in Hyderabad. The entire team will be attending this event which will be held in Daspallah Hotel in Madhapur.

Hindi director Kunal Kohli is directing this film and this is the first time he is making a Telugu film.

Tamannah plays the female lead in this film which has Navdeep in a crucial role.