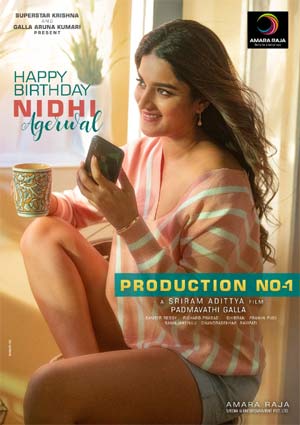 Nidhhi looks gorgeous as usual in a trendy outfit in the first look of this breezy romantic entertainer. The film is being directed by Sriram Aditya and produced by Ashok Galla’s mother Padmavathi Galla under Amara Raja Media and Entertainment banner.

The film also features Jagapathi Babu and Naresh in important roles. Ghibran composes the music for the film.
Attachments area